Along EuroVelo 3 on Section 5 and Section 6

Enjoy a one-day visit to Charleroi to discover the city’s art museum and mural paintings in and around the city. On this tour you’ll ride around Charleroi centre to view the city’s ‘Asphalte’ and ‘Urban Dream’ projects and admire more than 10 monumental mural works painted by renowned street artists.

For a detailed map of the route

1. Download a GPX viewer app.
2. Download the GPX tracks for this route.
3. Print the detailed itinerary to have it with you while you bike.

The tour starts at theCharleroi Tourist Office where you can ask for a map and info about the Asphalte project.

To start, take rue du Dauphin to have a look at the UNESCO World Heritage site of the Belfry of Charleroi. Designed by architect Joseph André in 1936, it is an excellent example of the combination of Classicism and Art Deco in architecture. To visit it inside, book a tour. It is open on Wednesday and Saturday afternoons.

Continue on the #Asphalte project route. You will see the first mural on Charleroi Expo Hall at 2 Rue de l’Ancre, a masterpiece by Steve Power that oscillates between writing and pictograms. On the other side of the building, discover the expertise of the American artist Maya Hayuk.

Next on the route is a satirical view of Western society by Todd James. Saturated with flashy colours, this vibrant painting is influenced by graffiti, American pop culture and cartoons.

At this point, you are not far away from the BPS22 industrial building that houses Hainaut Province’s art museum if you fancy a visit.

Continue on the street art route and find the HuskMitNavn mural, then visit the tag by Sixe Paredes at 21 Rue Tumelaire for which this Spanish artist was inspired by shamanism’s celebration of nature. The different forms in the work (mountains, star) represent an urban jungle.

Continue as far as the river where you might like to take a lunch break at the Atelier in the Manufacture urbaine.

The last mural to see in Charleroi city centre, by Hell’O Monster, is close by in Rue de Marchienne. This work by a Belgian collective offers a view of a complex society, mixing folklore, a danse macabre, design and tattoo art, amongst other things.

Now, follow the River Sambre through an industrial setting until you reach Marchienne-Au-Pont. On the way, you will see mural art by #Urban Dream. Since 2002, the project has gathered artists from around the world with the purpose of creating flamboyant and dynamic murals. The aim of this particular project was to create a contrast with the surrounding industrial landscape.

Pass by the Industrial factory wall 700 metres long, where you will see the graffiti and tags of Urban Dream 2. Influenced by Asian and Aboriginal art, this painting has as its theme the work of Matthias Schoenaerts, a famous Belgian actor.

In Marchienne-au-Pont, why not take a break in Nelson Mandela Park? Renamed after the African statesman in 2017, the area (67 hectares) of the park symbolises the 67 years that Mandela devoted to South Africa. Inside, you will find the fantastic Monceau Castel founded in 1134 (you can have a look from the outside).

Now that you are ready for the trip back to the city, take the route on the other side of the Sambre. Don’t miss the longest mural along the side of the street.

Once you are back in town, return your rented bike at Point Velo at Charleroi South Station.

Looking for another visit, map, practical point? Have a look here! 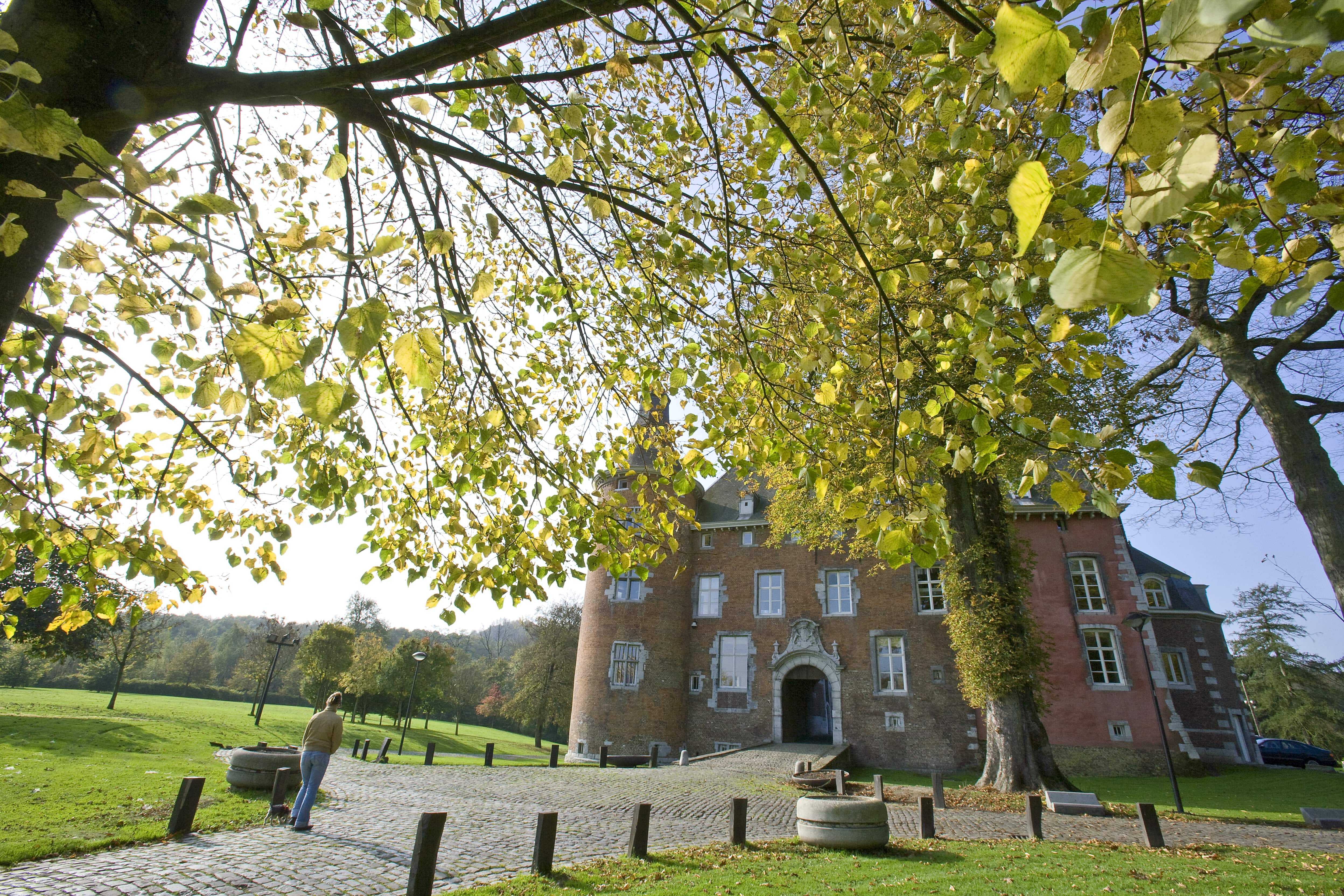 This tour is organised with the following partners