In the Meuse valley, the path follows a gentle incline for about 10 km alongside the charming Fonds de Leffe nature reserve between steep rocky hillsides. You head towards the Condroz plateau along quiet little roads.

You pass successively through the beautiful villages of Thynes and Sovet, characterised by limestone dwellings typical of the region. The route also gives you an opportunity to admire Leffe abbey, Chession castle and Lisogne mill.

Having left the town of Ciney behind, you go through the authentic villages of Leignon and Humain. The route leads you from the Condroz to the Pays de Famenne region, the ideal setting for cycling along greenways and country roads. From the lively town of Marche-en-Famenne, a network covering 350 kilometres of waymarked paths with nodal points (NP) and custom-made routes enables you to explore rural landscapes and enjoy relaxing in the open air.

Having crossed Bouvignes lock and taken the N948 road for a few hundred metres following the signs (panels with green background), you turn right along a secondary road towards Thynes, Sovet and Ciney.
After Ciney, you follow quiet little roads where the traffic is usually light but which are not signposted/waymarked. You cross through the villages of Pessoux, Haversin, Havrenne and Humain to reach the Pays de Famenne region and the nodal-points network which starts just before Humain, at NP 34 (chemin Saint-Rémy). From here, directional signs guide you to Marche-en-Famenne.
You enter Marche-en-Famenne entirely on a greenway with its own path integrated into the urban road.

Signs: Directional signs with EV5 identification panels are in place along the entire route.

Safety, precautions: This stage consists mainly of stretches along quiet roads but caution is nevertheless required.

Around the route by bike: 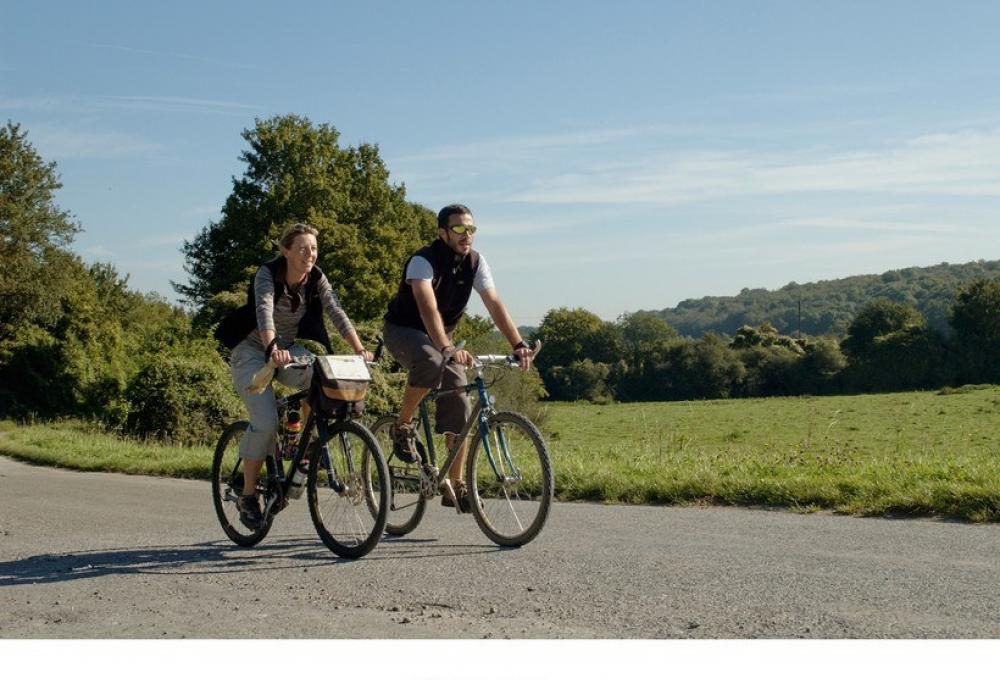