From the "Trois Frontières" panoramic tour, a symbolic place situated on the territorial boundary of Gemmenich Village in Belgium and the cities of Vaals in the Netherlands and Aix-la-Chapelle/Aachen in Germany, you will cross Pays de Herve from east to west following Line 38. This old railway line, a pioneer of its kind, is a symbol of the RAVeL network and its friendliness. It has taken years of the local population rallying for the public authorities to take the plunge with equipment, which still continues today and will continue in the coming years.

Throughout Line 38, the meadows and orchards lead you to discover the local produce. Herve cheese, Liège syrup, Liège meatballs, abbey cider and beers and craft breweries can be enjoyed as much in old farmhouses transformed into guesthouses or in gourmet restaurants, as in the old Herve station, today converted into a Visitor Centre with bar facilities and the sale of local products. Feel free to stop by the Grain d'Orge brewery in Hombourg, Val-Dieu Abbey near Aubel or even Clermont-sur-Berwinne, one of the most beautiful villages in Wallonia. In fact, in May 1940 the German troops entered Belgium via this region, the scars of this invasion are still present at the Laschet tunnel in Hombourg, the American Henri-Chapelle cemetery and the Fort of Battice.

At the place known as "Trois Frontières", head towards Route des Trois Bornes towards Gemmenich and follow number 91 of the “points-nœuds” network in the Belgian province of Limburg, then number 1 of the “points-nœuds” network VeloTour of the east Belgium Tourism Agency. This connecting route of about ten kilometres on public roads is slightly hilly. When you arrive at the number 1 junction in Sippenaeken, take rue Terhaegen, then Rue de Sippenaeken until Hombourg following signposts to "Herve" and the EV3 logo. The RAVeL Line 38 begins at the bottom of rue de la Station in Hombourg. The latter leads you safely, on dedicated cycle paths, to Herve through the villages of Aubel, Froidthier, Thimister and Battice.

Surfacing: Asphalt on the road, then lime-ash on RAVeL Line 38. In wet weather, many muddy pathways on line 38.

Incline: between the Trois Frontières and the beginning of RAVeL Line 38 in Hombourg, three short sections have gradients of 5 to 8%. On the RAVeL, negligible gradient, but slight, almost constant, rise to Herve.

Safety, precautions: watch out for car traffic between the Trois Frontières and the beginning of RAVeL Line 38 in Hombourg. On RAVeL Line 38, pay attention to road crossings.

Access by Train: The Hauptbahnhof main train station in Aix-la-Chapelle/Aachen (D) is a little more than 6km from the starting point of the route at the place known as "Trois Frontières".

Cycling around the route:

Variation: as an alternative, you can start the stage at the city Aix-la-Chapelle/Aachen (D), which is about 6km from the starting point of the route, at a place known as "Trois Frontières". 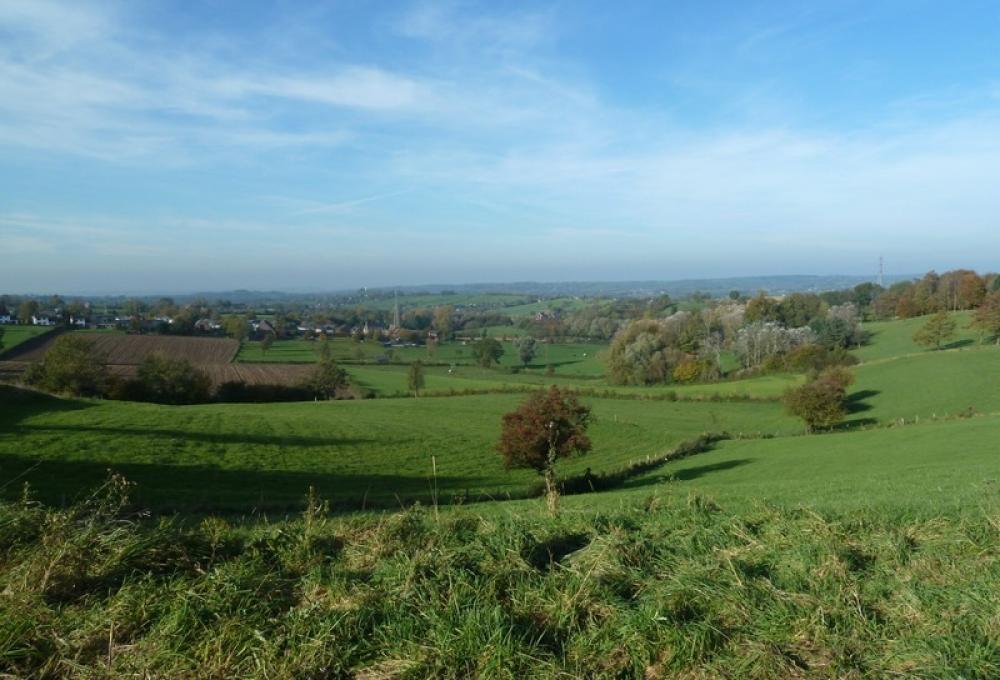 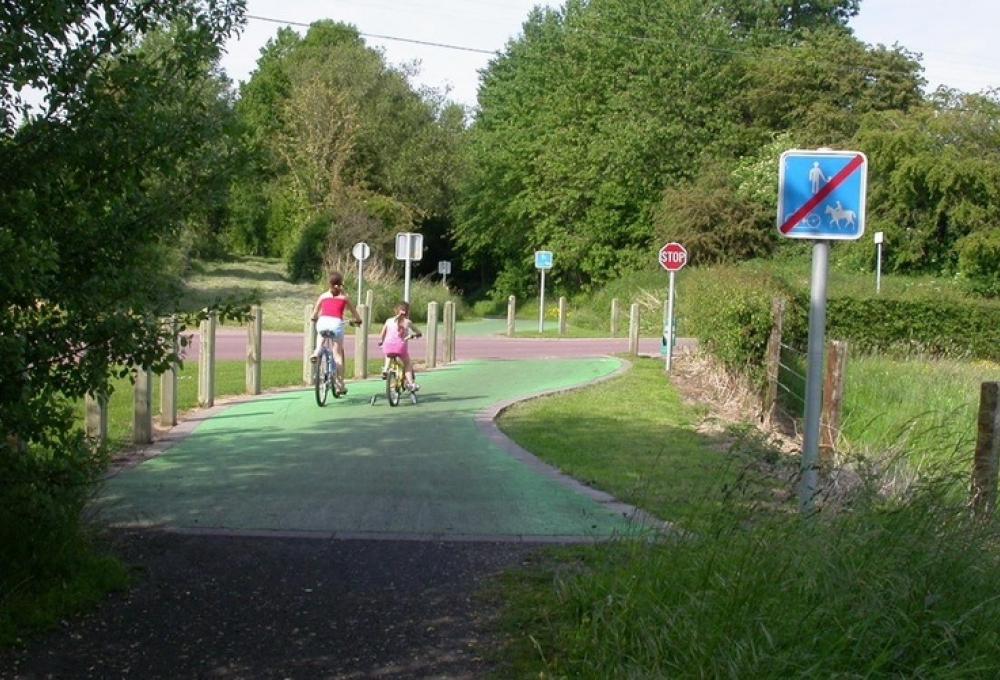 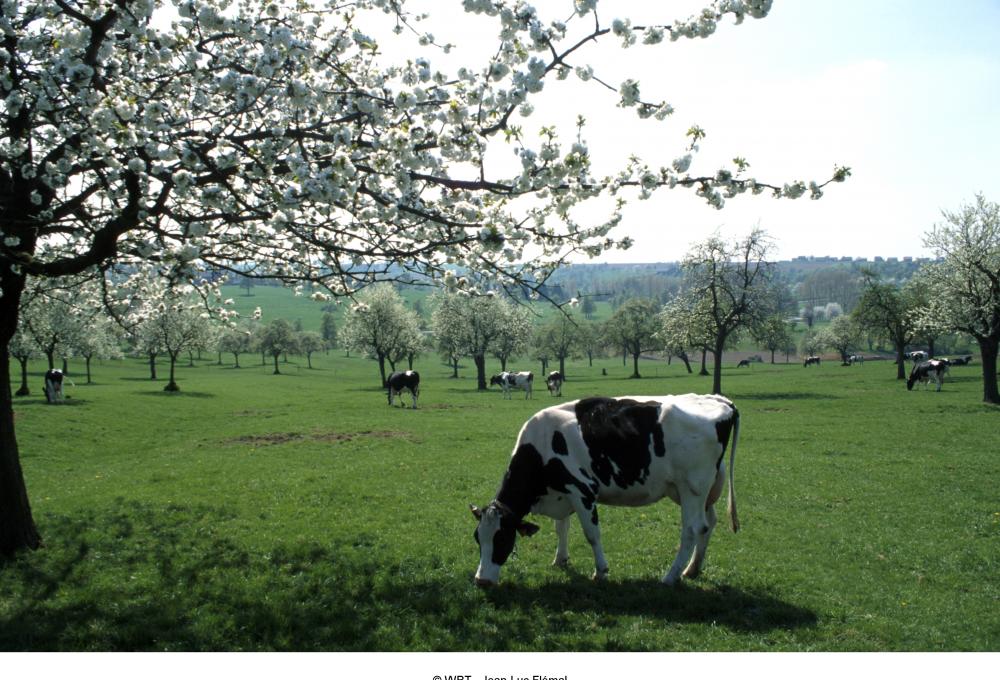 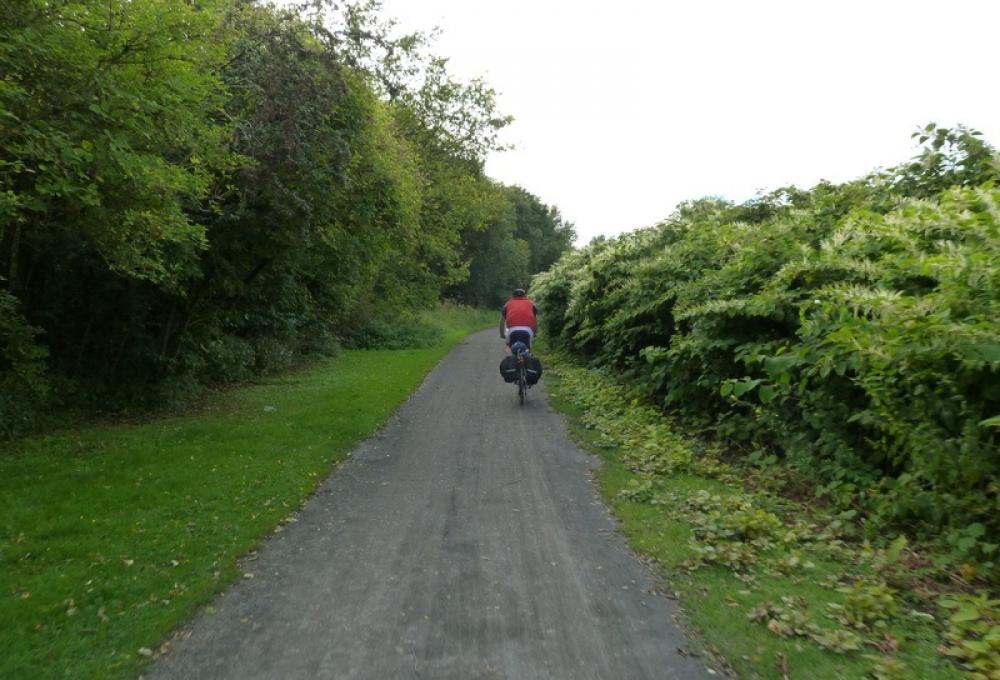 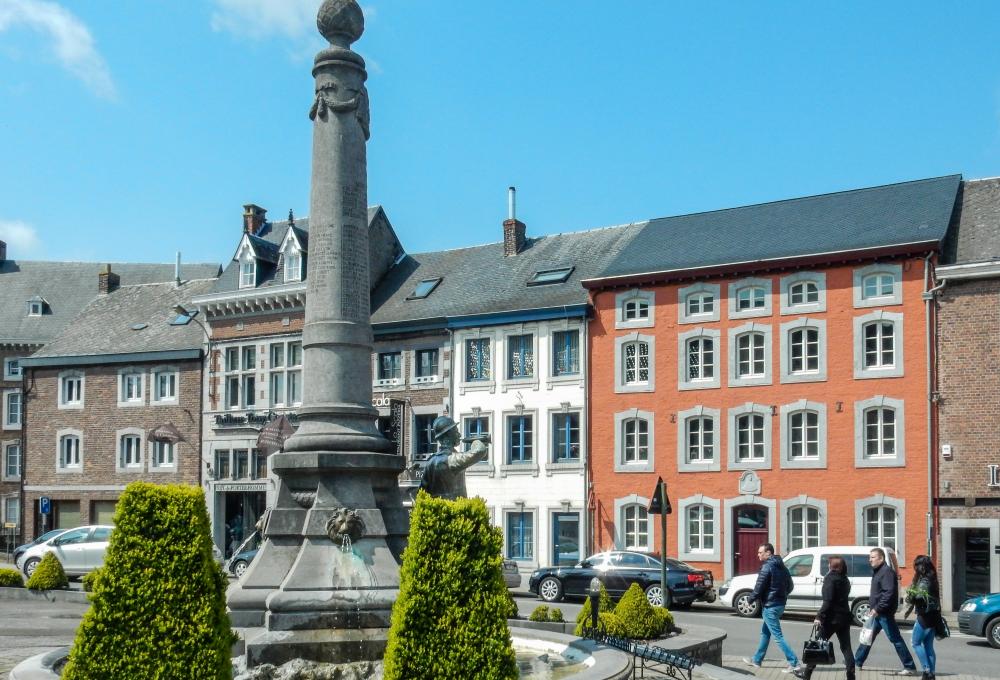 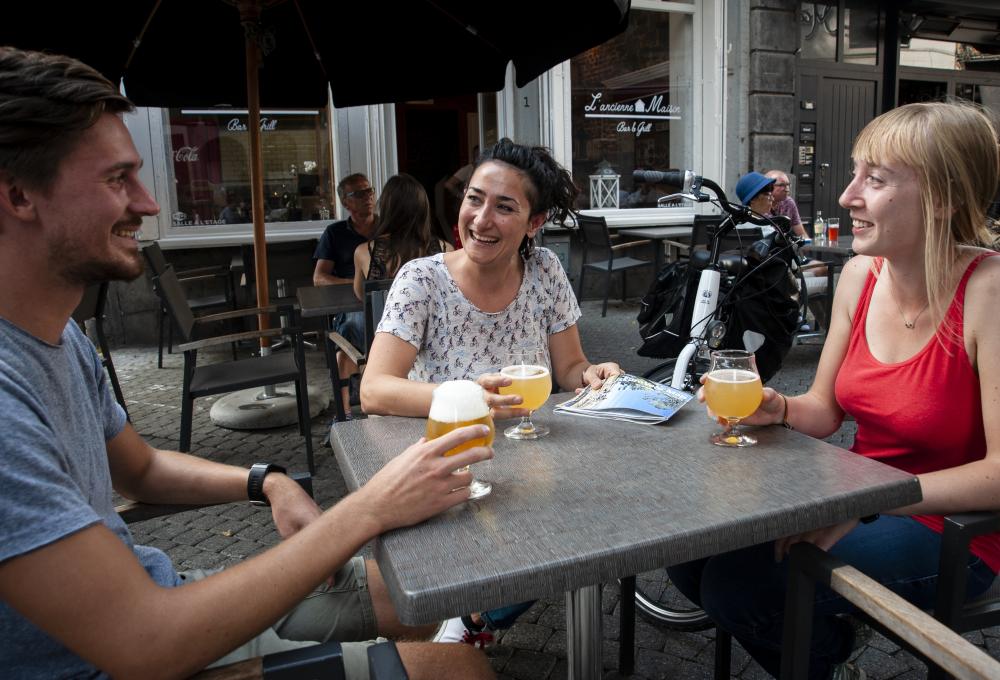 Clermont-sur-Berwinne, surrounded by pastureland, is one of the Most Beautiful Villages of Wallonia.

Abbey of Val-Dieu, founded by the Cistercians in 1216. Courtyard, church, remarkable park, brewery,…

Battice Fort, from the XXII century is an interesting visit 35m underground.