From Liège, on the Quai du Condroz Angleur, you leave behind the RAVeL on the left bank of the Ourthe to head towards the Meuse and the future Cité des Métiers on the Val Benoît site. A little further, you will pass near the Standard de Liège stadium.

At the exit of Seraing, a city surrounded by industrial metallurgical complexes, former jewels of the Liège economy, is the Val Saint Lambert site. It consists of the Castle and its Cistercian abbey erected during the thirteenth century. Rich in a long, internationally-recognised industrial past, you have the opportunity to visit the famous Val Saint-Lambert Crystal Glassworks.

A good ten kilometres further away, you will see on your right the towers of the Amay collegiate dating from the seventh century, and in front of you, stand the Tihange nuclear power plant cooling towers.

You then enter the beautiful old town of Huy, rich in historical heritage, and arriving under the headland of the Citadel, a thought haunts you, but where is this famous wall that wears out the calves of the slaves of the road!

Signposting: Follow signposts to "La Meuse à vélo", very useful, especially to locate the connection on local roads between the exit Liège and Seraing, the Seraing crossing, the section between Ivoz-Ramet and Ombret and the Huy crossing.

Safety, precautions: Between the exit Liège and Ombret, the route is mainly on local roads with low to moderate traffic and speed, without any cycling paths (± 20km on shared roads). 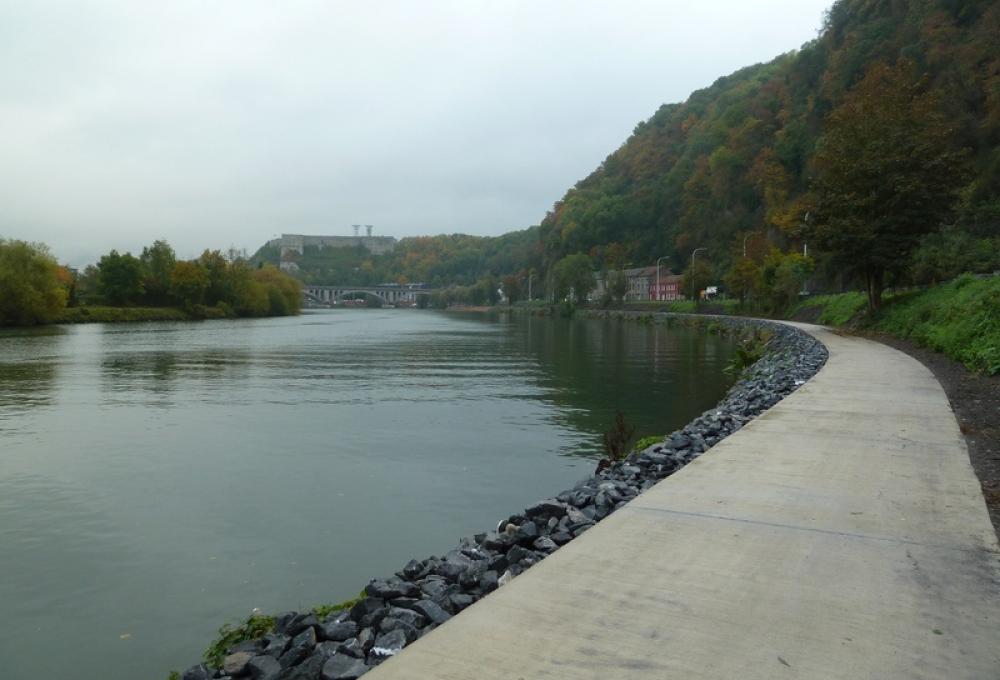 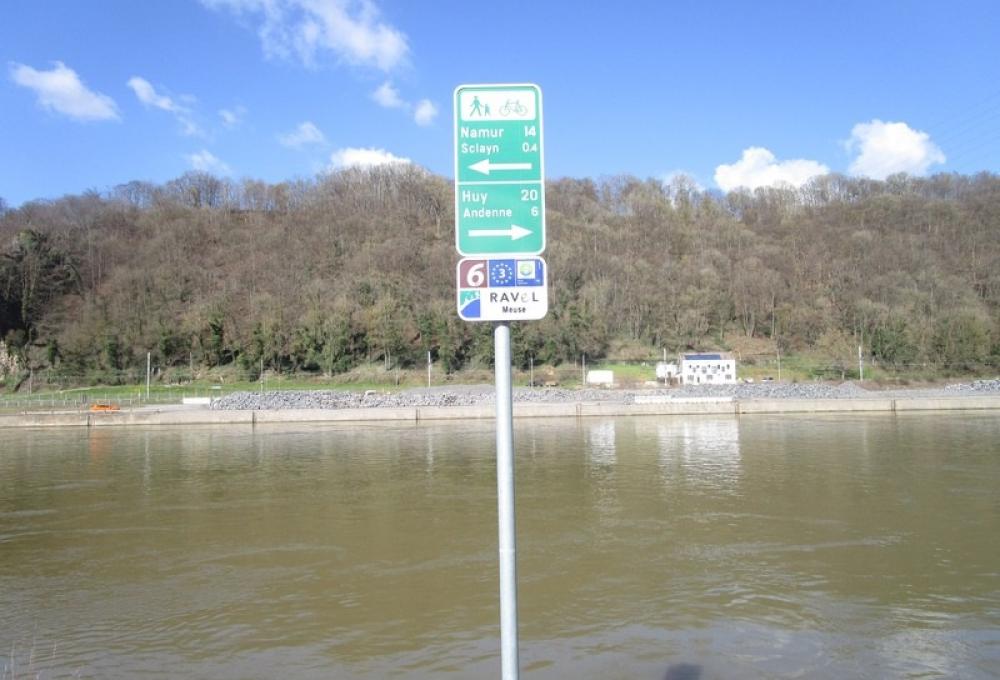 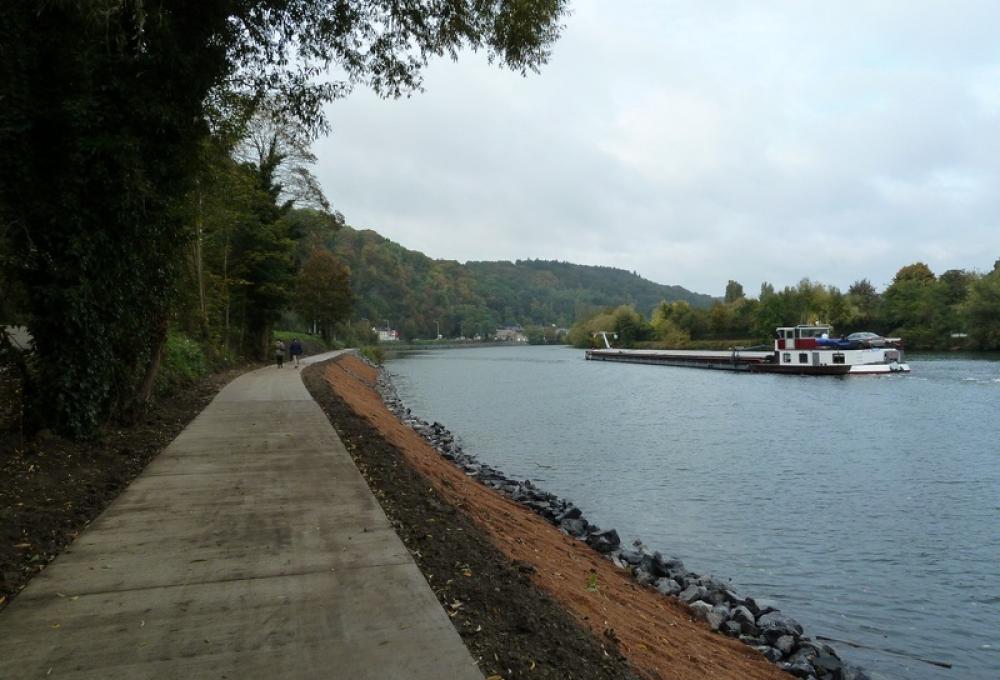 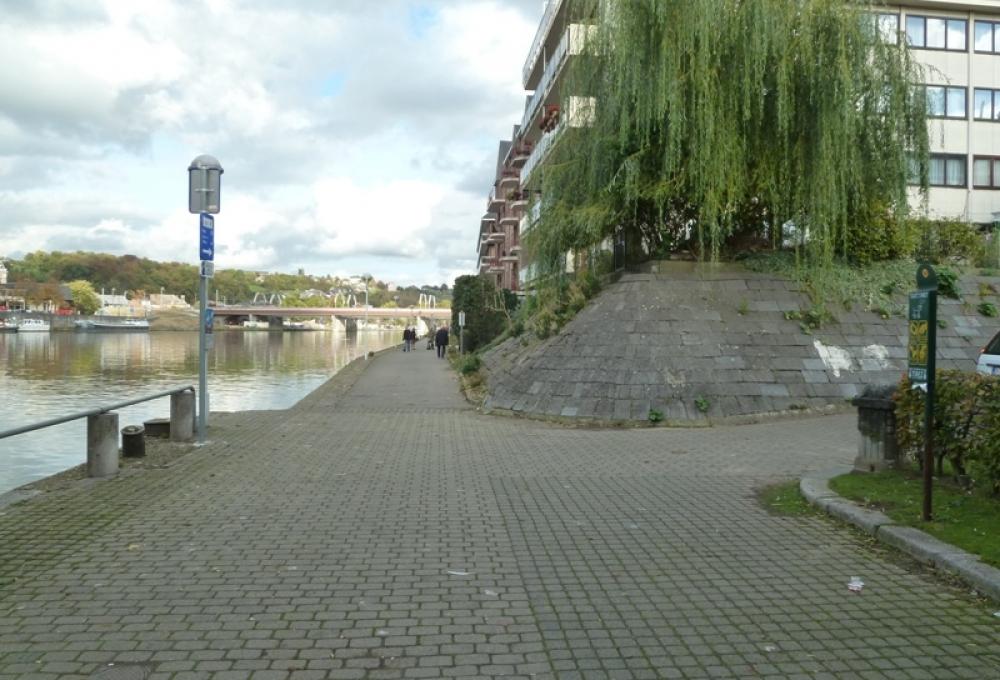 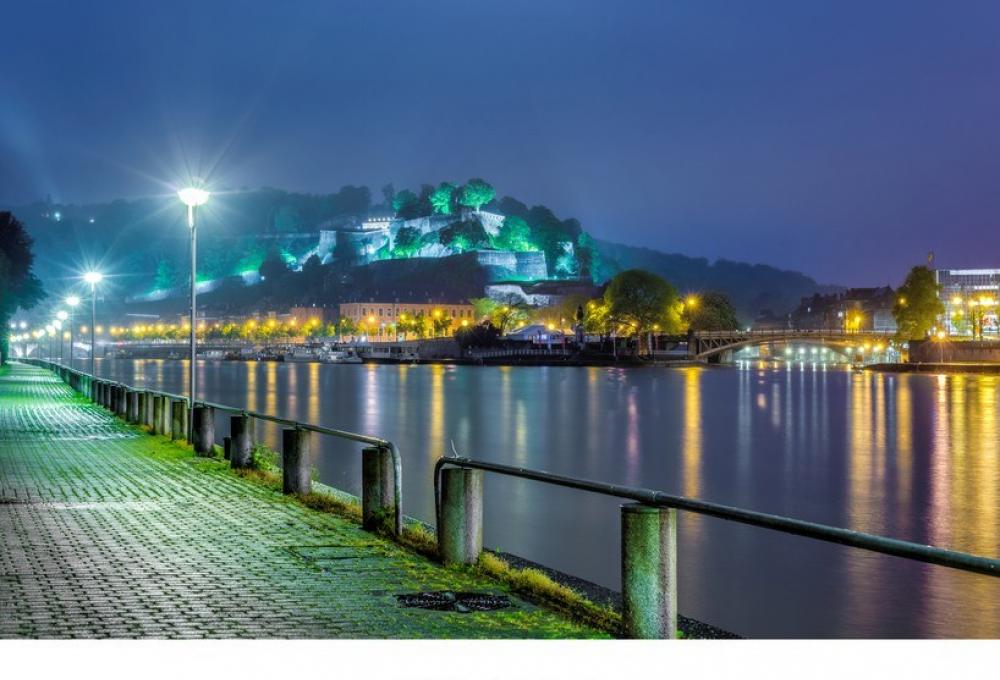 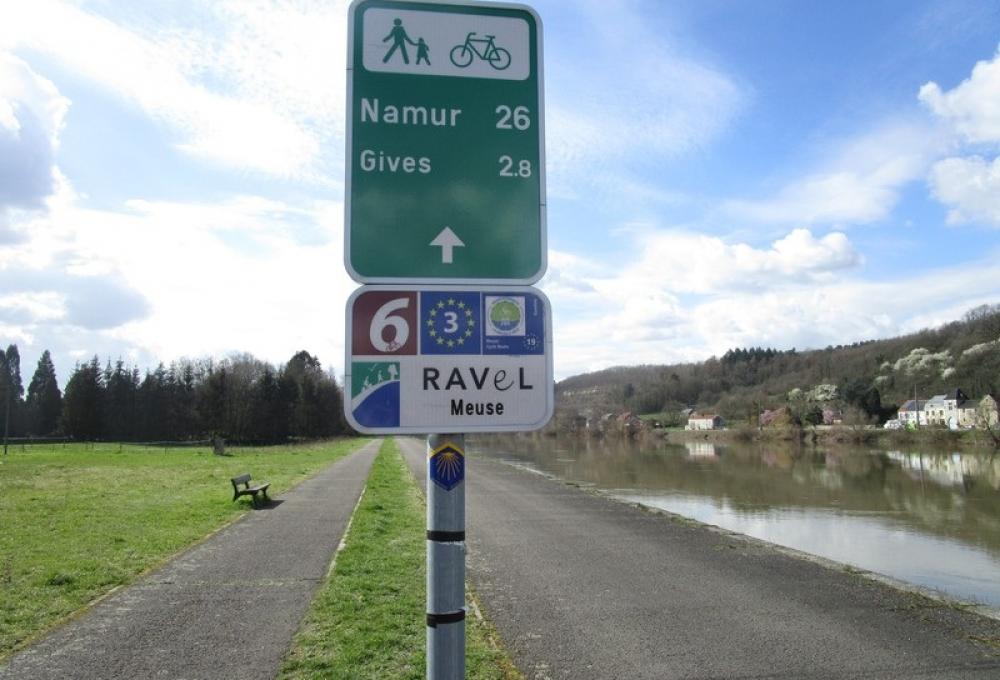 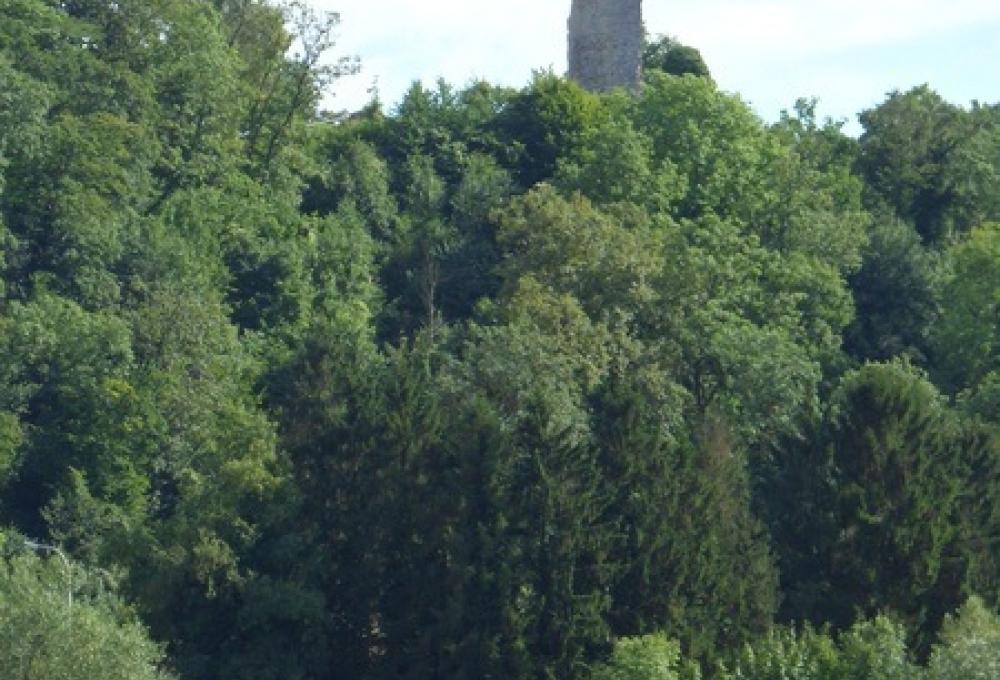 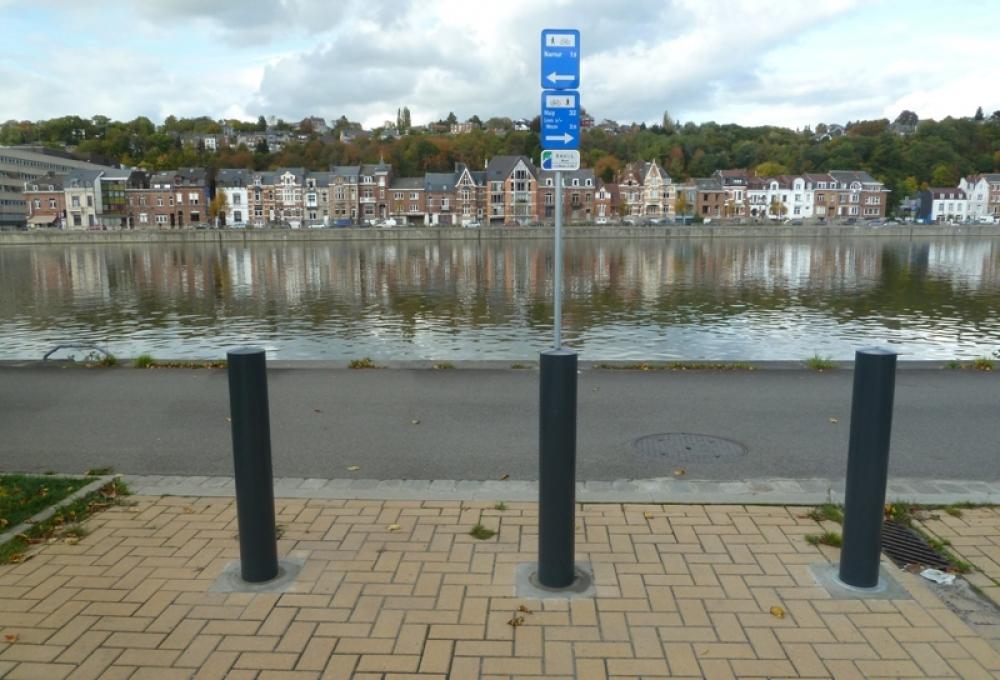 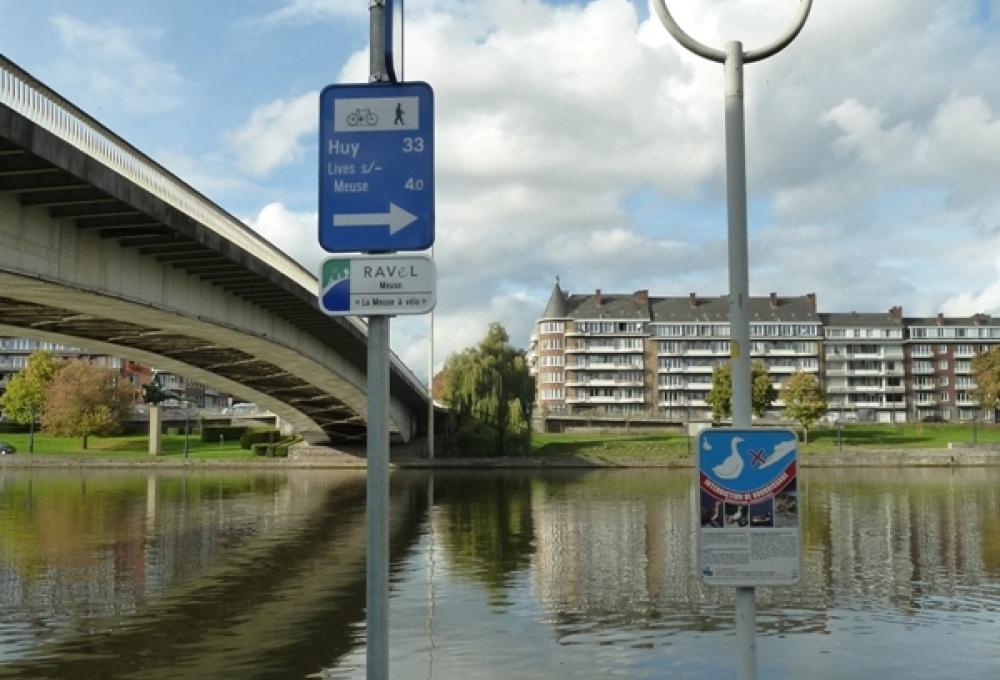 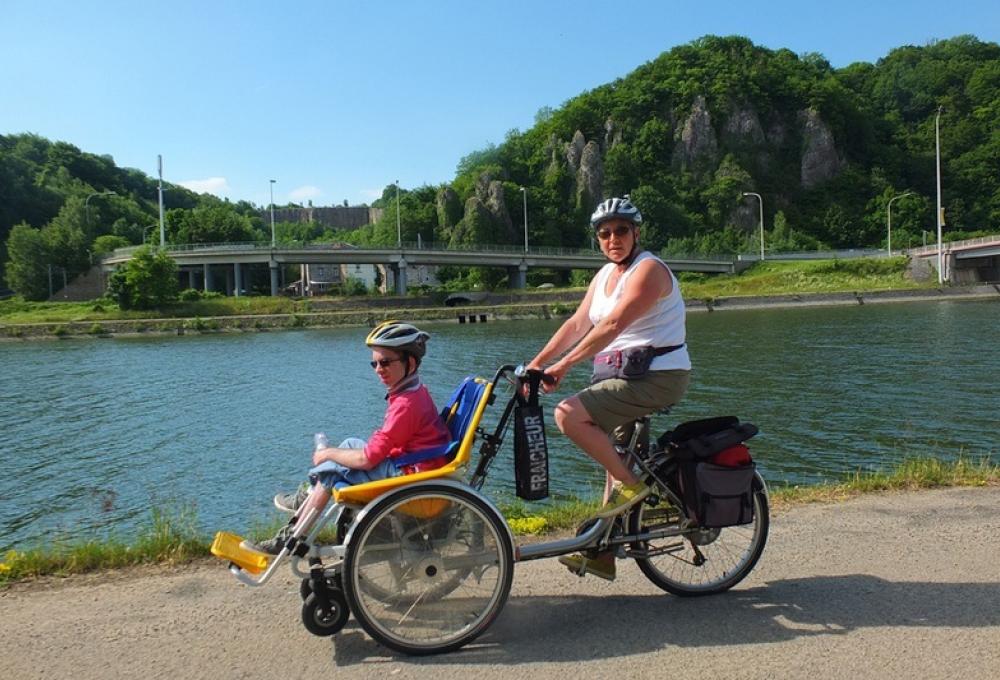 While visiting the region of Huy, make sure to visit this fort, a real memorial to the second world war. Its museum retraces its history as a concentration camp.