On RAVeL Line 38 and Ourthe

During this stage, RAVeL Line 38 gradually leaves the wooded countryside of Pays de Herve. From the "Hasard" slag heap between Retinne and Micheroux, Line 38 is a true ecological corridor and a green lung for residents as the densification of housing in the Liège urban area increases. The users, who take it for their leisure and tourist travel, now rub shoulders with everyday users who take it to go to work, school or even shopping.

A very beautiful view of the impressive Notre-Dame de Chèvremont basilica marks the end of Line 38.

After a short period in car traffic, the Ourthe valley RAVeL calmly leads you to the Cité Ardente (Liège). Its folklore, the warmth of its inhabitants and its lively neighbourhoods day and night make it an essential stage of EuroVelo 3. You will remember its historic heart, its many museums, the district of Carré as well as the hillsides of the Citadel, which offer walkers a vast green space in the heart of the city.

From the Pays de Herve Tourist Office, follow RAVeL line 38 on dedicated cycle paths. You cross Melen, then Soumagne/Micheroux, Retinne, Fléron, Beyne-Heusay, Bois de Breux, Grivegnée and you arrive at the end of RAVeL Line 38 at Rue du Châlet, at the start of Vaux-sous-Chèvremont.

Line 38 will continue on dedicated cycle paths along the TGV to the Ourthe at Chênée RAVeL. In the meantime, a connecting route of about 3km (! heavy car traffic) is expected from the rue des Combattants roundabout, under the TGV bridge in Vaux-sous-Chèvremont. Follow signs towards Liège, taking the N621 regional road. After passing over the Vesdre, turn right on the N61 until the traffic light junction with the N30. At this point, turn right. Then take a left onto Rue Denis Lecocq at the following traffic lights (just after passing under the railway bridge), towards Angleur. After 100m, exit rue Denis Lecocq on your left and take the pedestrian cycling footbridge (red colour), which allows you to cross the Ourthe. Once you are on the left bank of the river, just follow RAVeL Ourthe. You will pass the Belle-Île shopping centre and reach the end of your stage at the Quai du Condroz.

Surfacing: lime-ash for 2km (and therefore muddy pathways in rainy weather) until Melen, then overall asphalt or concrete over the rest of the stage.

Signposting: the entire stage has signposting on a blue background on Line 38 and on an orange background for the short connection between RAVeL Line 38 and Ourthe between Vaux-sous-Chèvremont and Chênée.

Safety, precautions: on RAVeL Line 38, pay attention to road crossings. Heavy car traffic on the short connection between RAVeL Line 38 and Ourthe between Vaux-sous-Chèvremont and Chênée.

Arriving at the centre of the locality: to reach the centre of Liège, just follow the international route signposted and marked La Meuse à Vélo or the W7 regional route for 3km: continue along RAVeL Ourthe towards Liège until Fétinne Bridge. You cross the bridge and immediately take a left to join the RAVeL on the right bank of the Ourthe. You arrive at the confluence between the Ourthe and the Meuse. You follow the RAVeL Meuse for about 2km until you reach the Saucy bike-pedestrian footbridge which allows you to reach the historical heart of the City of Liège.

Return or continue by train: Liège-Guillemins station to any destination. To get to the train station, follow the Meuse Cycle Route to Boverie Park. In the park, take the bike-pedestrian footbridge to cross the Meuse and follow the path to the Liège-Guillemins monumental railway station approved by the Spanish architect Santiago Calatrava.

Variation: as an alternative, you can start the stage at the city Aix-la-Chapelle/Aachen (D), which is about 6km from the starting point of the route, at a place known as "Trois Frontières". 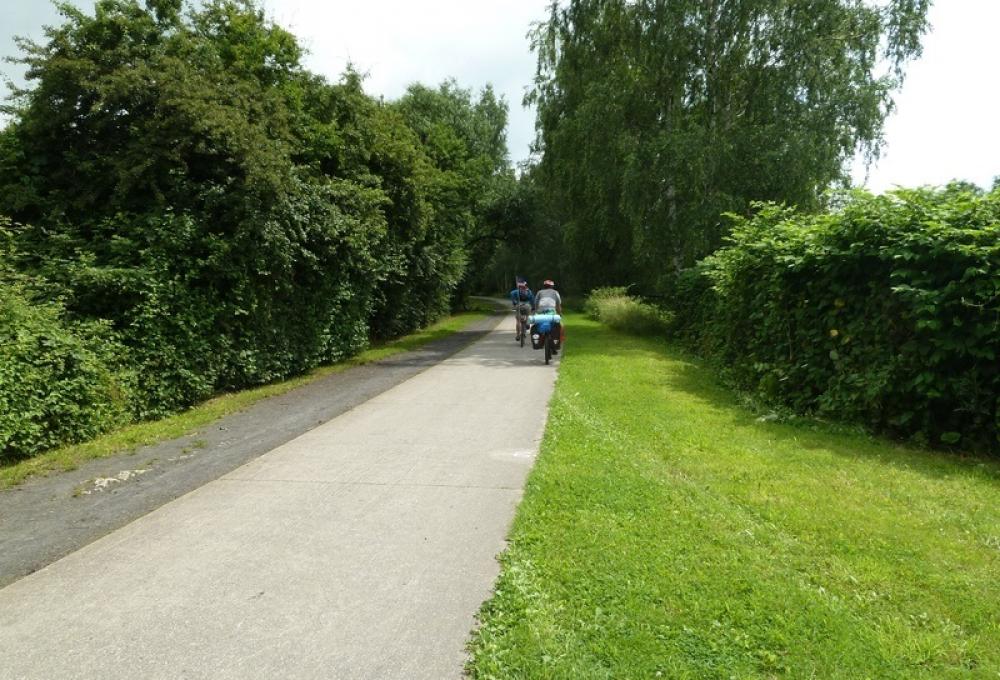 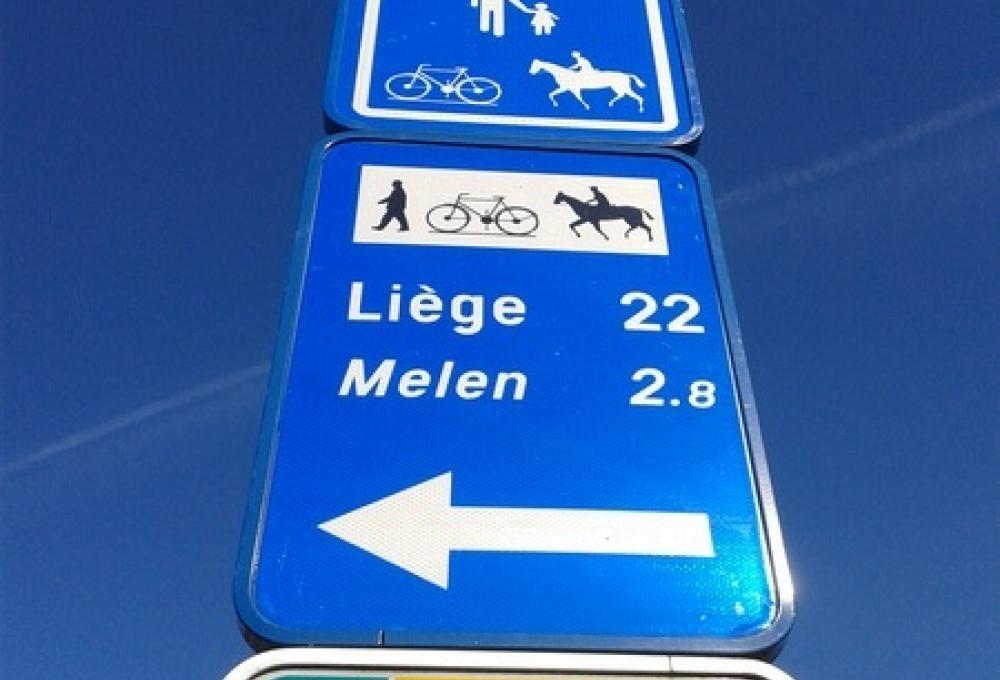 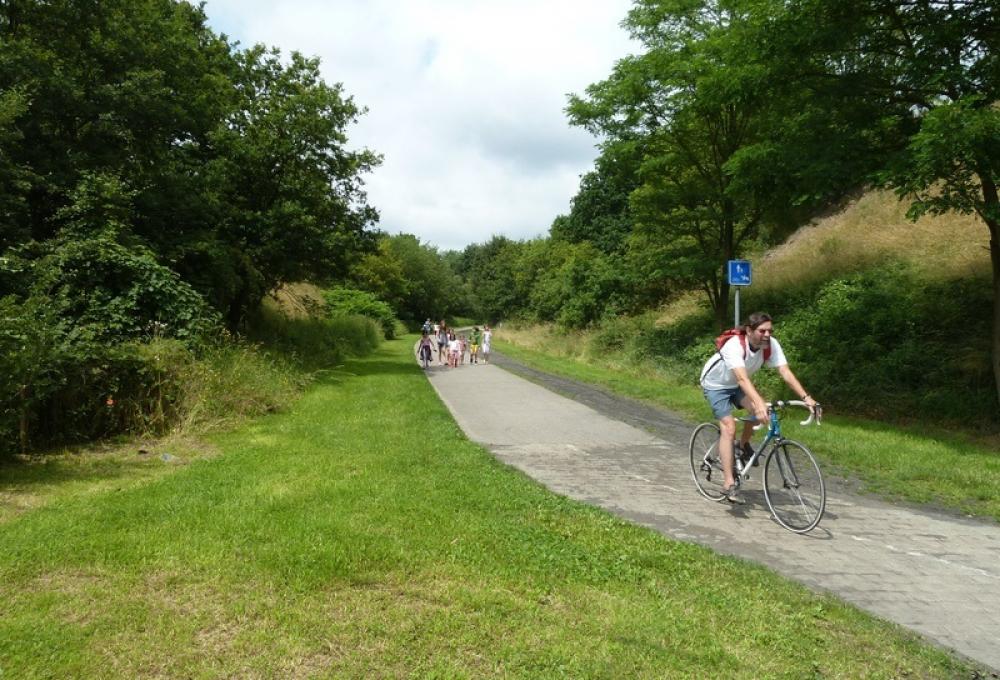 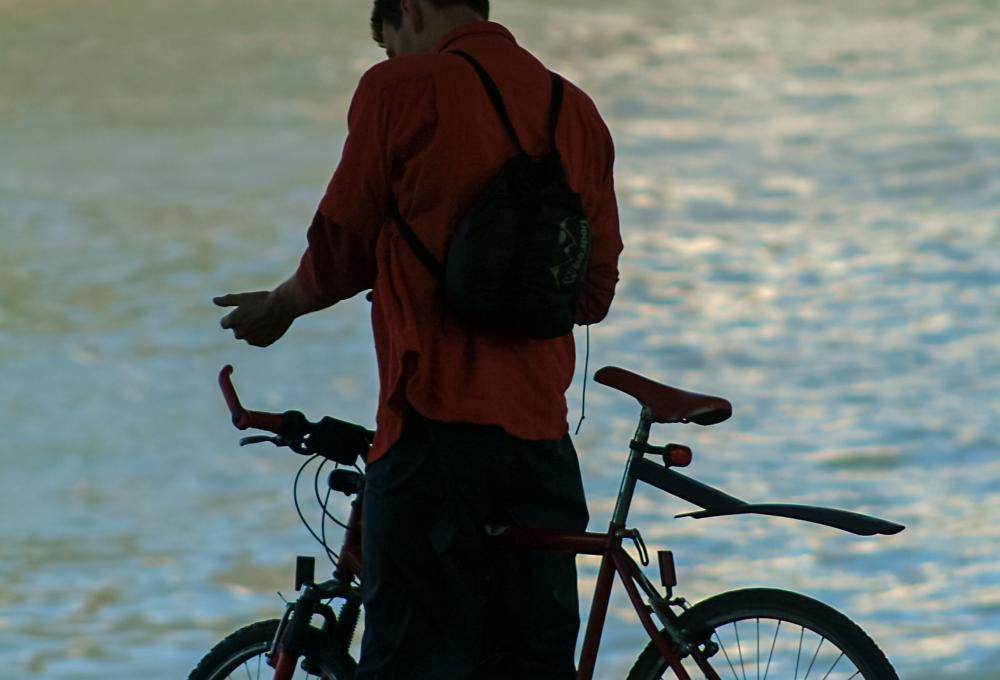 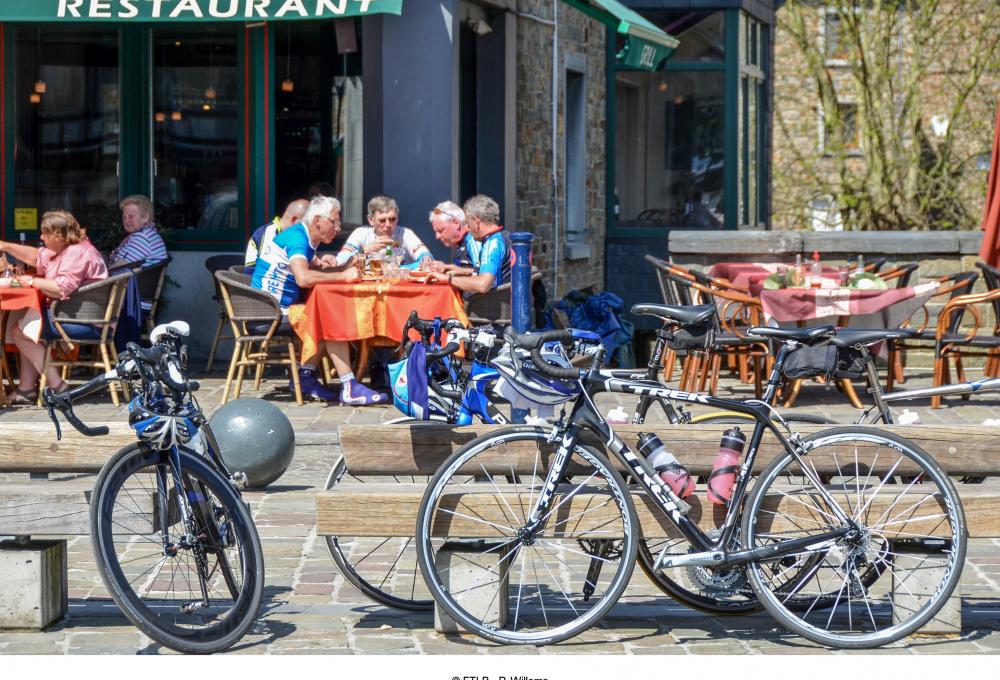 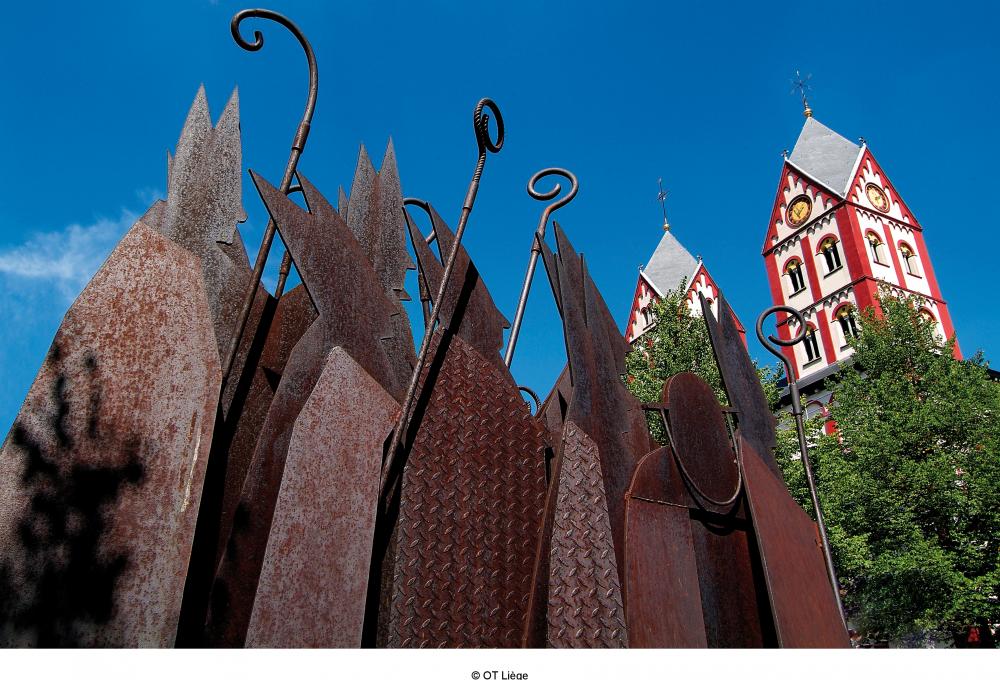 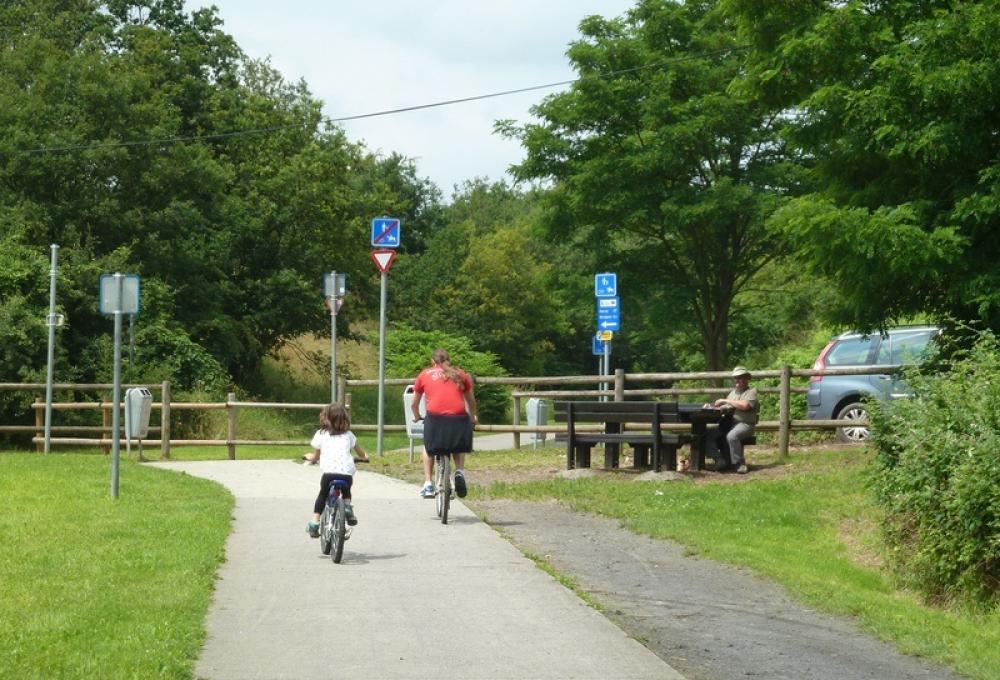 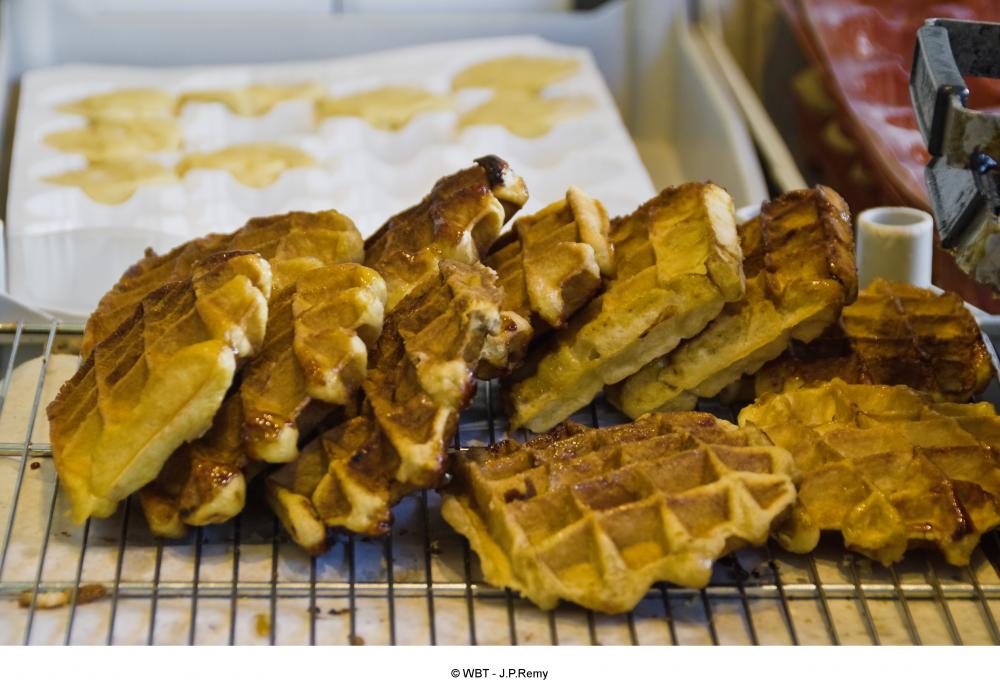 Located between Liège and Maastricht, Blegny-Mine is one of the four authentic coal mines in Europe with underground galleries accessible for the visitors through the original shaft.

Offers
Along EuroVelo 3 on Section 2 and Section 3

Discover the best of Liège on a bike. Visit the city and its most famous places and parks.

Visit La Boverie, Liège’s fine arts museum and the Grand Curtius Museum, which houses various of the city’s collections. Enjoy a peket, the region’s most characteristic drink or a special beer from the Curtius Brewery and a delicious waffle.